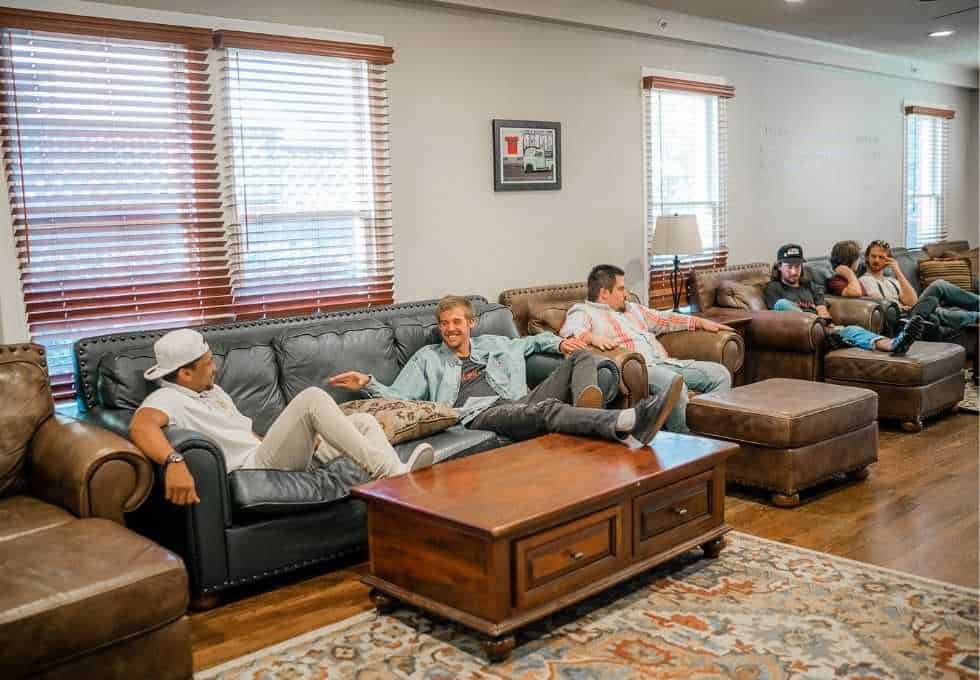 According to IQVIA’s annual National Prescription Audit, Americans filled a total of 3.79 billion prescriptions in 2019. GoodRx compiled a list of the most commonly prescribed drugs in the United States. Two of the top ten most prescribed drugs are restricted as controlled substances. Hydrocodone/acetaminophen, an opioid-NSAID combination best known as Norco or Vicodin, is federally controlled as a Schedule II drug. Gabapentin, also called Neurontin, is considered a controlled substance by several states, though not on the federal level. The data suggest that an extremely high number of Americans utilize prescription drugs to treat medical condition. While many individuals take medications as prescribed for valid reasons, millions of Americans abuse or become dependent on prescription medications. Read on to learn more about several prescription medications with high abuse potential and find out how Alpha 180 can help treat substance abuse in young men living in Austin, TX with effective, evidence-based addiction treatment programs.

Read on to find out more about the negative effects of heroin abuse and Alpha 180’s heroin addiction treatment program.

The overwhelming majority of prescription drugs have absolutely zero recreational potential. Only a small percentage of regulated drugs in the United States have reasonable potential to be misused. Keep in mind that many millions of Americans receive prescriptions for common drugs of abuse. Physicians would never prescribe these medications if they didn’t have any medical applications. In many cases, scheduled prescription drugs have powerful effects that substantially improve patients’ lives.

Opioids are depressants that come from the poppy plant (Papaver somniferum). Although they’re classified as depressants, they can have stimulant-like effects in small doses. Doctors prescribe opioids for long-term pain management needs and acute pain, such as recovering from surgeries and during emergency room visits. Commonly prescribed opioids include hydrocodone (Norco, Vicodin), oxycodone (Percocet, OxyContin), morphine, and hydromorphone (Dilaudid). Although mild opioids such as dihydrocodeine can be purchased over the counter in other countries, opioids can only be obtained via prescription in the United States. The high price and limited supply of diverted prescription opioids leads some users to seek out heroin, which is also an opioid.

Benzodiazepines, frequently called “benzos,” are central nervous system (CNS) depressants that are typically prescribed for anxiety. Physicians almost always prescribe other anti-anxiety medications such as serotonin-norepinephrine reuptake inhibitors (SNRIs) or selective serotonin reuptake inhibitors (SSRIs) before prescribing benzodiazepines due to their highly addictive nature. Common benzos include alprazolam (Xanax), diazepam (Valium), clonazepam (Klonopin), and lorazepam (Ativan). Just like opioids, benzodiazepines cause physical dependence. Unlike opioids, benzodiazepine withdrawal can cause death. People who are dependent on benzodiazepines should taper down before quitting to avoid serious withdrawal symptoms such as seizures or death.

Although they’re less popular than opioids and benzodiazepines, stimulants are still one of the most commonly abused prescription drugs. Unlike depressants, stimulants raise heart rate and blood pressure. In therapeutic doses, they help people pay attention. They can also be prescribed for narcolepsy. Common stimulants include mixed amphetamine salts (Adderall), levoamphetamine (Vyvanse), and methylphenidate (Ritalin).

When prescribed by licensed physicians, people are less likely to misuse drugs with abuse potential. Although effective at treating the ailments they’re prescribed for, regulators believe people without those medical problems would misuse them, ultimately causing greater societal harm than if they were controlled.

Dextromethorphan, more commonly known as DXM, is an over-the-counter medication that was first approved by the FDA in 1954. For many years, the drug was widely available in brands of drugs that only contained DXM — nothing else. Many middle school and high school students bought Coricidin HBP Cough and Cold, a common blood-pressure-friendly cough suppressant, with the intention of getting high. Most people who used them endearingly referred to them as “triple Cs.” Eventually, roughly 10 years ago, its manufacturer stopped selling the DXM-only formulation of Coricidin HBP Cough and Cold. Now, it’s hard to find over-the-counter DXM formulations that don’t have any other active ingredients. For example, now, Coricidin HBP Cough and Cold includes two active ingredients:

DXM and chlorpheniramine maleate (CPM). Countless other OTC formulations include one or more other active ingredients in addition to DXM to deter abuse. In this case, there’s enough CPM to cause unwanted side effects before mischievous would-be users could catch the dissociative buzz they so desire. It’s believed that most people who took ultra-high doses of DXM with the intention of getting high were teenagers under 18 years of age. Considering DXM has low recreational potential, they’re likely drawn to DXM because they don’t know where else to purchase psychoactive drugs. Another contributing factor is being too young to purchase tobacco or alcohol.

Dextromethorphan is unique in that it shares characteristics from three major classes of drugs. In smaller doses, DXM can have stimulant-like properties. At larger doses, however, DXM takes the form of a sedative and dissociative. When it comes to cough relief, the DXM in the aforementioned Coricidin HBP Cough and Cold does almost all of the heavy lifting. Although CPM does have utility as a mild antihistamine, with it frequently being used to reduce the symptoms of allergies and colds, it’s easy to say that the primary purpose of CPM is to reduce the prevalence of DXM misuse. This strategy isn’t just used to deter DXM abuse. The strategy became popular in the mid-1990s, around when Vicoprofen (hydrocodone/ibuprofen) and Lortab (hydrocodone/APAP) both received approval from the FDA. Even though these three drugs — Lortab, Vicoprofen, and the new Coricidin HBP Cough and Cold — have two active ingredients, the secondary active ingredients don’t do much in terms of synergy. Rather, their sole purpose is to prevent abuse.

Best known as Immodium, loperamide is a synthetic opioid that’s sold without a prescription in all 50 states. The remarkably cheap drug alleviates diarrhea shortly after usage. The opioid family is notorious for causing constipation among users, especially those who take opioids every day. Loperamide constipates people in the same way that opioids do. In therapeutic doses, Imodium isn’t very capable of crossing the blood-brain barrier, which keeps users from having the analgesic or euphoric effects of traditional opioids. However, when enough loperamide is taken, people can experience what many fellow regular opioid users call a “dirty” high. In simple terms, this means that the recreational potential of Immodium is low. Still, it can have terrible side effects, even placing users at a serious risk of heart attack.

Less than a quarter-mile from the University of Texas at Austin, our Sober Clubhouse is located in the former Phi Delta Theta house. Here, recovering addicts can enjoy spending time with like-minded young men in recovery while studying, attending meetings, or hanging out.

We also have a long-term transitional living house. The upscale house is located in a residential community in West Campus, blocks away from our Sober Clubhouse. Our residents regularly attend local 12-step meetings and work with their sponsors to grow in their recovery.

At Alpha 180, we care about our clients’ academic success. Our life skills development helps students build the necessary skills to succeed in their personal life goals. Through this program, we offer help with academics, employment, learning styles, learning differences, life skills, emotional regulation, and executive functioning.

Get in touch with our team today and ask about how we can help you on the road to recovery!