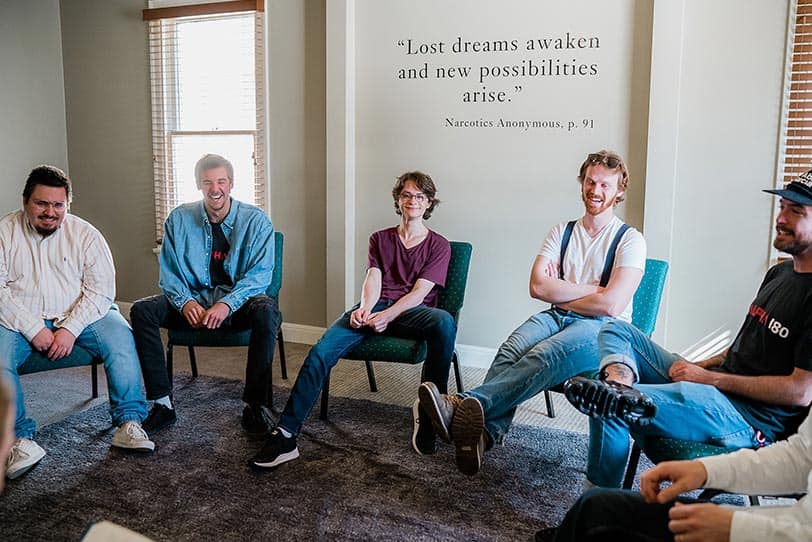 If you’ve watched the news, read a newspaper, or listened to the radio occasionally in the past decade, you’re probably familiar with the American opioid crisis. Since it kicked into full swing roughly 10 years ago, the prevalence of drug overdose deaths in the United States has nearly doubled, according to the National Institute on Drug Abuse. Austin, Texas, has been hit particularly hard by the ongoing opioid crisis.

Read on to learn more about the dangers of opiate abuse and the specific approach of our aftercare treatment center.

What’s the Difference Between Opiates and Opioids?

Opiates are naturally occurring psychoactive drugs that act on the brain’s opioid receptors. These drugs come from Papaver Somniferum, better known as the opium poppy. Opiates were initially extracted from the poppy plant by harvesting their latex.

Just before flowering, growers cut anywhere from one to a few slices in the pod, which is where the flower would grow if the plant were taken to maturity. Overnight, the plant excretes a small amount of milky white latex. Growers then scrape this dried latex from each pod.

On average, anywhere from 10% to 25% of this latex is made up of opiates, the most prominent of which is morphine. It also has significant concentrations of codeine. Morphine and codeine are still widely used in health care systems around the world.

Upon entering the bloodstream, opiates latch onto opioid receptors throughout the brain, in turn causing effects that often include constricted pupils, pain relief, euphoria, overall contentment, sedation, itching, and slowed breathing. In summary, opiates are a result of natural processes in the poppy plant.

“Opioid” is an all-inclusive term that can be used to refer to opiates. However, the term “opiate” refers to naturally occurring compounds, while “opioids” more broadly refers to both naturally and synthetically produced compounds. Opioids and opiates both act on the brain’s opioid receptors and have the same general side effects. Opiates can only be made via natural processes. Opioids can be made in two other ways: synthetically and semi-synthetically. Synthetic opioids such as fentanyl have a similar chemical structure to opiates but are created in labs (or by illegal drug trafficking organizations). Semi-synthetic opioids, on the other hand, combine opium with man-made compounds.

While people who use illicit opioids are often intimately familiar with different opioids’ psychological impacts, physical effects, and black-market prices, very few people who use opioids keep up with which classes opioids belong to: natural, semi-synthetic, or synthetic.

Here, we’ll briefly cover a few of the current illicit opioid market’s most popular commodities, including their class, popularity, and availability.

Oxycodone is the semi-synthetic opioid that Purdue Pharma used as OxyContin’s active ingredient. First synthesized back in 1916, oxycodone is a favorite among illicit opioid users. Purdue’s mass marketing of OxyContin as a relatively safe painkiller led to massive numbers of prescriptions and is likely the key factor that caused the opioid crisis in America.

Realizing huge unfilled demand for oxycodone, which came as a result of the DEA’s crackdown on opioid prescribing, drug cartels and opportunistic criminal entrepreneurs began pressing fake oxycodone pills en masse around 2015. These rarely contained oxycodone. Often, they contained fentanyl, fentanyl analogues, and other novel psychoactive opioids. Many contained non-opioid drugs such as benzodiazepines, which are notorious for causing overdoses when combined with opioids.  Oxycodone is the active ingredient in Percocet, Roxicodone, and many other formulations.

Fentanyl—often called “fetty wap,” “fetty,” or “fent”—is a synthetic opioid that dates back to 1959. Although it has high painkilling potential for opioid-tolerant chronic pain patients, fentanyl isn’t only a pharmaceutical product anymore. The overwhelming majority of fentanyl is manufactured illicitly, sold illegally, and eventually consumed by non-medical users. Keep in mind that more than 99% of fentanyl found on the black market comes from clandestine manufacturers with no pharmaceutical industry connections.

Since 2013, fentanyl has taken over the opioid epidemic by storm. It’s extremely dangerous because of its potency. Even users with an opioid tolerance can suffer an overdose from just one milligram, the equivalent of a few grains of salt. With no regulation or pharmaceutical equipment, most modern domestic opioid consumers don’t know their drugs’ potency or ingredients.

Chemically known as diamorphine or diacetylmorphine, heroin is a semi-synthetic opioid that was first marketed by Bayer in 1898. Becoming effectively outlawed in 1914 and officially banned in 1924, heroin has been a Schedule I drug in the U.S. since.

A semi-synthetic opioid, heroin is only available on the black market. Of course, no regulators oversee the manufacture or sale of black-market drugs. This causes great variation between different batches and geographic locations. Most heroin out there today isn’t just heroin, but also contains fentanyl, which greatly increases the likelihood of overdose and death.

Hydromorphone has short “legs,” meaning it has a particularly short duration of action. It’s frequently injected by illicit opioid users because it has such a low intranasal and oral bioavailability. In simple terms, Dilaudid doesn’t absorb well by mouth or the nasal cavity.

Signs and Symptoms of Opioid Abuse

Constricted pupils are typically a dead giveaway of opioid use. Gray, blue or green eyes may change color near the iris, resulting in a two-tone eye color. Nodding out is another major sign of opioid abuse. When nodding out, people who use opioids fall asleep for seconds, minutes, or even longer while sitting or standing up. They will then momentarily snap out of their daze only to endlessly repeat the cycle.

Financial, employment, and relationship issues are always go-to signs of opiate addiction. Racking up debt, failing to pay bills on time, and always asking family members or friends for money often signify drug-related financial problems. Watch out for loved ones whose work schedules change out of nowhere. This could mean they’ve been fired or quit their jobs and are trying to keep it secret.

Relationship issues speak for themselves. Although this isn’t always true, many people with opiate addiction issues strain or completely sever their social and emotional connections to neighbors, friends, dates, romantic interests, spouses, and family members.

Losing consciousness is a common sign of overdose. Even if you yell or shake someone who has overdosed, you may not be able to wake them. In some cases, the loss of consciousness might not be this extreme; rather, they could be “nodding out” as we mentioned above.

Limp limbs, neck, or back may indicate an opioid overdose. Also, if you come across a loved one who seems to be sleeping in an uncomfortable position, they might not be truly asleep — they might be “nodding out” instead. Make sure to wake them up or reposition them. Countless opioid users have been known to cut off circulation to their extremities after nodding out without being disturbed for long periods of time, causing them to need amputations.

This collection of symptoms usually starts within 12 to 24 hours of the user’s last opioid dose and can persist for up to 72 to 96 hours. Before going any further, did you know opioid overdose can be reversed with naloxone (Narcan), an over-the-counter drug that’s legal to possess in all 50 states? Even if you don’t personally know anyone who does or may suffer from opiate addiction, you should arm yourself and your family with naloxone. The drug is an opioid antagonist, which means it rips other opioids from the brain’s opioid receptors. As a pure antagonist, naloxone has absolutely zero ability to cause a high.

Lastly, opioid users can’t use naloxone on themselves. Once someone experiences an overdose, they’re already unconscious. Keep in mind that naloxone has the most life-saving potential in two cases: when the users inform someone around them that they have or plan on using opioids and when the other person knows where the naloxone is and how to use it. 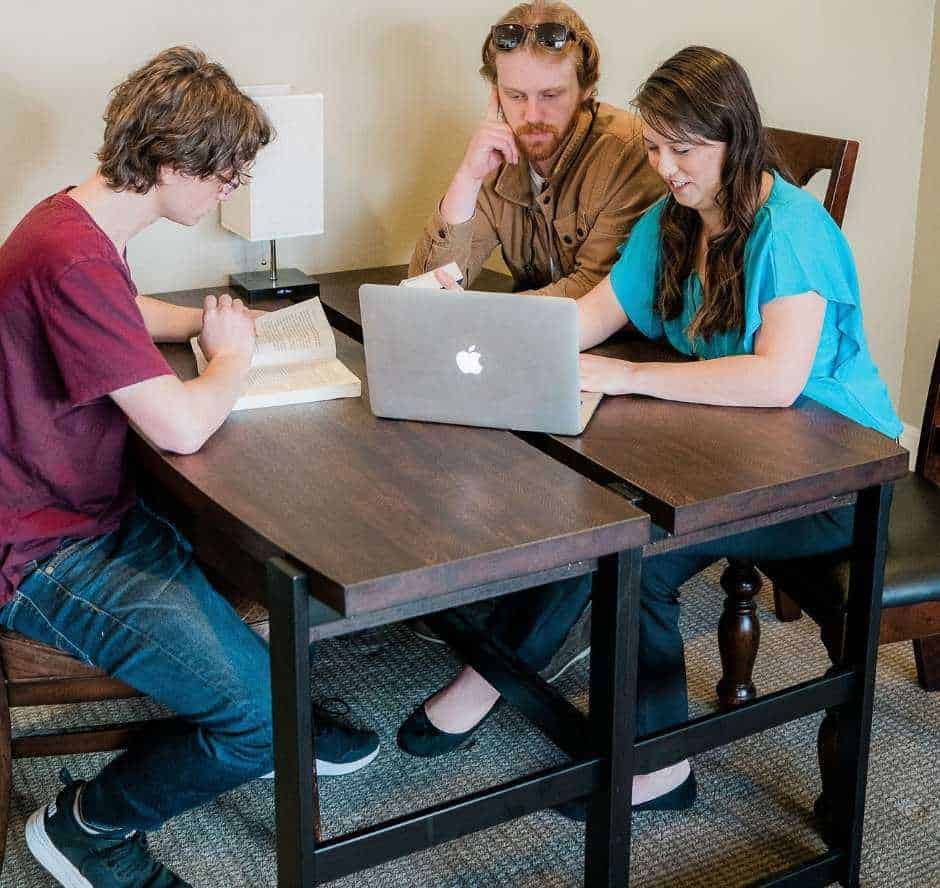 How Can Alpha 180 Help Your Loved One With Opioid Addiction?

Based in Austin, Texas, we help young men in their late teens up through their mid-20’s recover from opioid addiction.

Stopping drug use, believe it or not, isn’t the most essential part of successfully recovering from opioid addiction. Rather, rebuilding other areas that may have been damaged or neglected during active addiction is. Clients who enroll in our program are given Academic Recovery Support and receive hands-on tutoring and can get involved in study groups with students who’ve already passed those classes, while maintaining their recoveries.

Our Sober Clubhouse gives young men a nice, clean place to hang out and enjoy the company of peers. Alpha 180 Sober Clubhouse is located in a former UT-Austin fraternity house. It’s in great shape and features an industrial kitchen and multiple patios and grills.

Part of our program includes a residential rehab treatment experience, since we also offer Sober Living within walking distance of the University of Texas and Austin Community College. Our residents enjoy sponsorship, 12 Step Program meetings, and service work, and are held accountable with drug screenings and communal responsibilities. The community is staffed with licensed clinicians and live-in Residential Advisors. Learn more about Alpha 180’s Sober Living program.

Here at Alpha 180, our student-oriented sober living environment rounds out our opiate rehab facility. We ensure residents enjoy a drug-free lifestyle while living here to help these young men reach their most important goals.